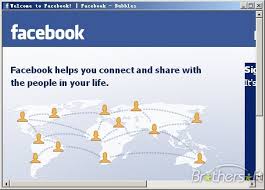 It was a simpler time in 1973 when I first entered the world of policing as a beat officer.  There were no cell phones, no Twitter and certainly no Facebook.  Tracking criminals and the  relationships between criminals was a pencil and paper exercise.

The Winnipeg Police Department kept a list that all rookies were first exposed to during training.  The list was called ‘Local Active Criminals’.  Officers were expected to stay familiar with that list which changed from time to time as members on the list either were killed, received long prison sentences, or as new up and comers were added to the list.  Officers were required to be able to recognize criminals on the list on sight, and whenever they were seen it was the obligation of each officer to stop and interview them and then submit a spot check form.  It was the Department’s way of tracking what these people were doing, who they were with and establish where they were currently residing.  It was a simple yet effective way of tracking the activities and relationships that existed within the group.

Recently the Chicago Police Department ( yes,’ Department’ in the United States  many police agencies have resisted the notion that they need to become a ‘Service’ versus a ‘Department’) has launched a social media based network analysis process that maps the relationships between Chicago’s 14,000 most active gang members.  This analysis assists police in establishing how likely it is that members of the group will kill someone, or be killed.  For example, the analysis has determined that members of the groups are between 300 and 400 times more likely to be killed than the average citizen.

Chicago and other American cities including Boston and San Francisco are making extensive use of social media to track gang activity and arrest gang members.

This has led some to conclude that in many cases instead of concentrating on ‘hot spots’ police should concentrate on ‘hot people’, much like back in 1973 when Winnipeg police concentrated on local active criminals.  Aspects of the Winnipeg Auto Theft Suppression Strategy used that approach, identifying a group of high risk offenders who were stealing large numbers of cars and concentrating their efforts on those people, as opposed to the  geographical areas where the cars were being stolen from.  That worked out quite well as auto theft rates in Winnipeg have plummeted since that approach was adopted.

Maybe its time that police in general start paying more attention to people as opposed to places in their quest to  reduce and prevent crime.  ‘Hot people’ policing may be more effective than ‘hot spot’ policing.

7 comments on “Should Police Concentrate on Hot Spots or Hot People?”