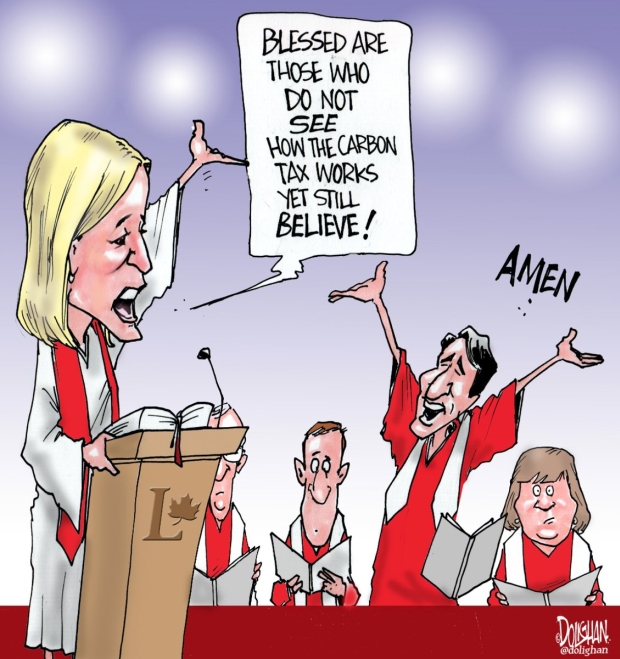 Is it a carbon tax or perhaps the Great Canadian Carbon Scam?

Governments of all stripes have repeatedly demonstrated  throughout history that they are not stellar stewards of our money.

The current iteration of the plan calls for 90% of the tax going back to the people who paid it.  And of that 90% only 70 % of taxpayers will get back at least what the tax cost them, which means the other 30 % will in fact  be  ‘taxed” by this so-called revenue neutral taxing scheme.

The question that arises is, apart from the inequity of the carbon tax  how is taxing Peter and then paying Paul (who is actually Peter)  90% of what you took from him going to contribute to a reduction of emissions?

That is a question that has not been adequately answered. The second question is who gets the remaining 10% and how ill that contribute to cutting emissions?  At present it is designated to go the schools and hospital and other such entities that are not able to pass the tax on to consumers.

Lastly there is another question that has not even been asked.  What will be the cost of creating the and running the bureaucracy that will administer this new tax?

Will there be a tax or surcharge to pay for the cost of collecting and redistributing the tax back to some but not all Canadian?  Or is that what the money that the 30% who will not be getting back what the tax cost them will be used for.

Lastly, is this perhaps just another pre-election bauble or ‘shiny thing’  the Liberals are throwing out there to distract voters from the other issues facing this country in the hope that the electorate is gullible enough to fall for it?